We would like to congratulate the winners at the Royal Punjabi Cup 2019. 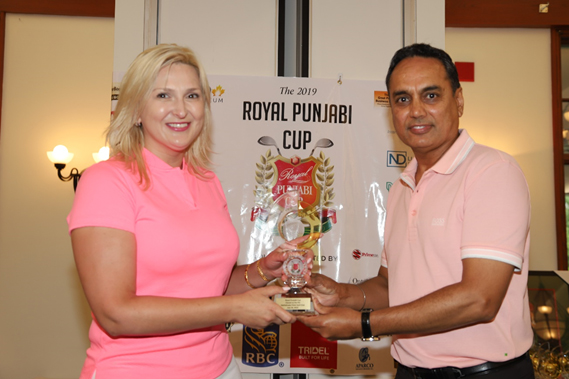 Svitlana Blesko (on the left) – Winner of the closest to the pin competition on Sidewinder. Presenter is Parvinder Saund. 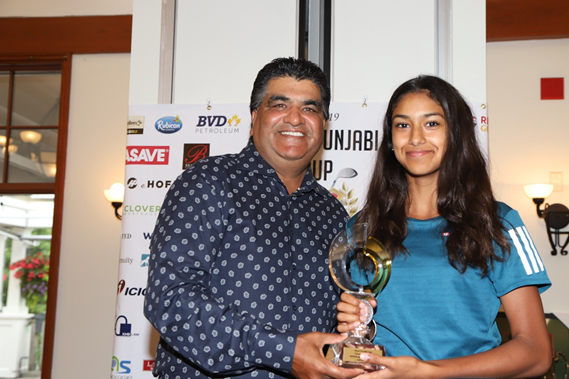 Mehar Sandhu (on the right) winner of the Ladies closest to the pin – Sidewinder 16th hole. Trophy presenter is Naunihal Gill. 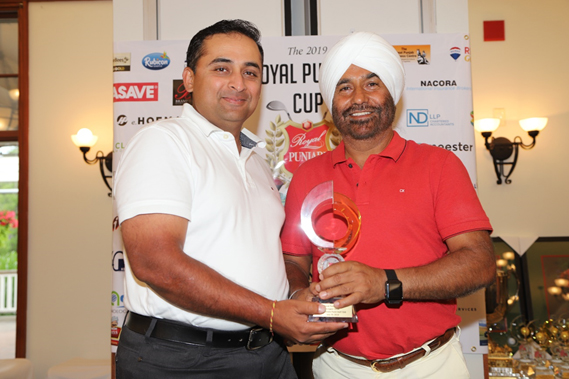 Bharat Sud (on the left) – Winner of the Men’s closest to the pin – Copperhead. Presenter is Prabhjot Dhanoa from Golden Gate Group of Companies (Sponsor). 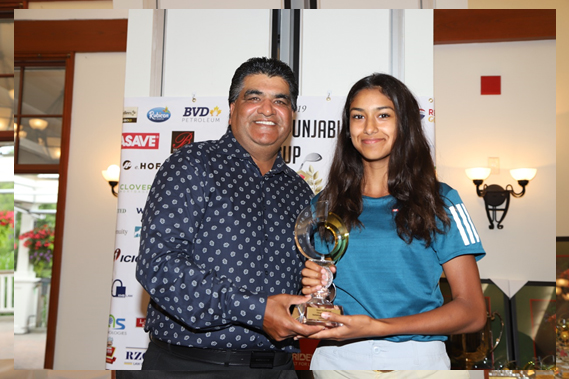 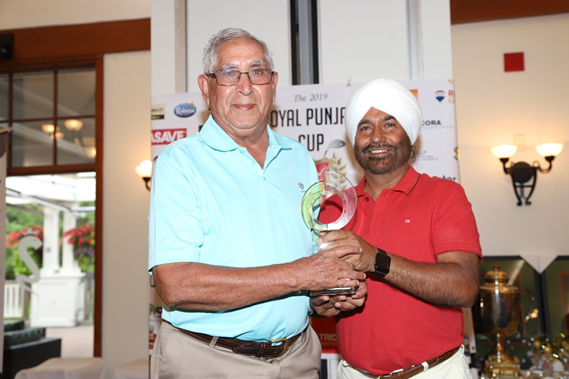 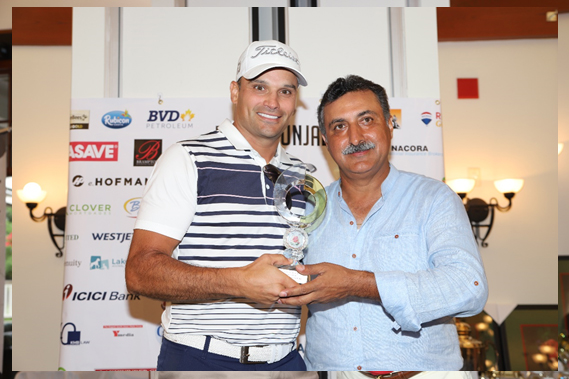 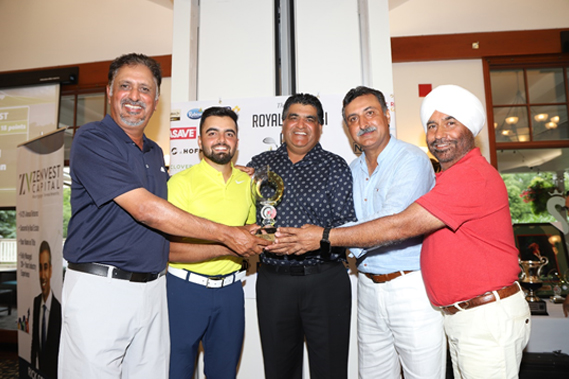 (From the left) Bhajan Basra, Anu Sandhu, Naunihal Gill, and Harry Gill (not in the picture) – Winning team putting contest.

(From the left) Akrish Abbas, Mehtaab Boparai – Winning Team chipping contest. Also part of the winning team but not in the picture Rajeev Jishtu and Anoop Joshi. 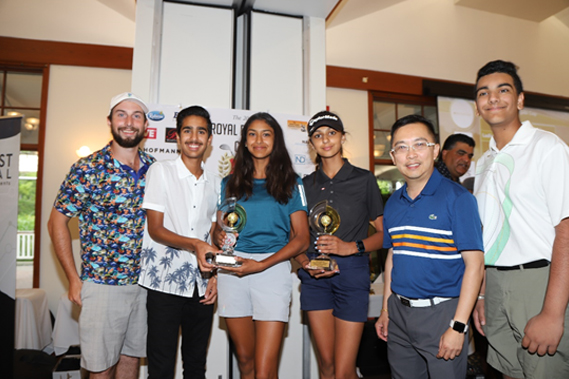 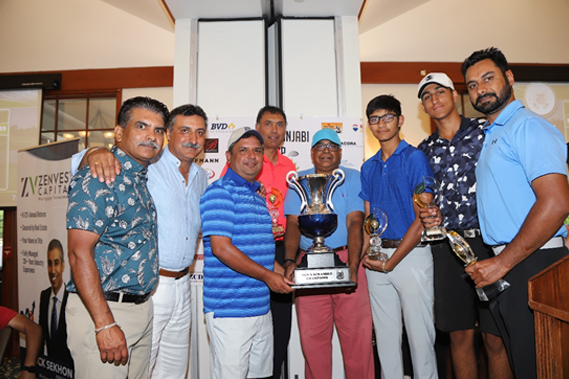 (From the left) – Avtar Tiwana (4th from left), Ishan Sabbi (6th from left), Navi Brar (2nd from the right) and Vikram Brar (far right) – winners of the Men’s scramble. 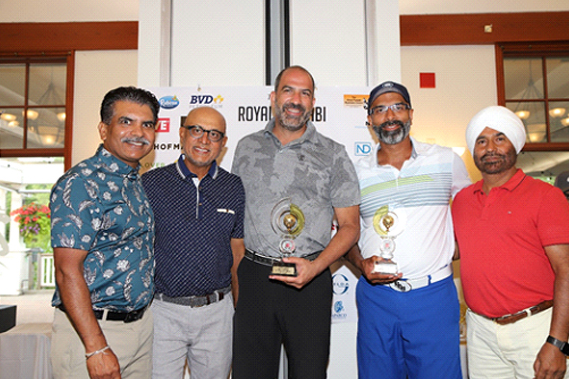 Third from the left is Mark Tamburro and Raj Babber (2nd from right in the pic) – winners of the Men’s A Flight. 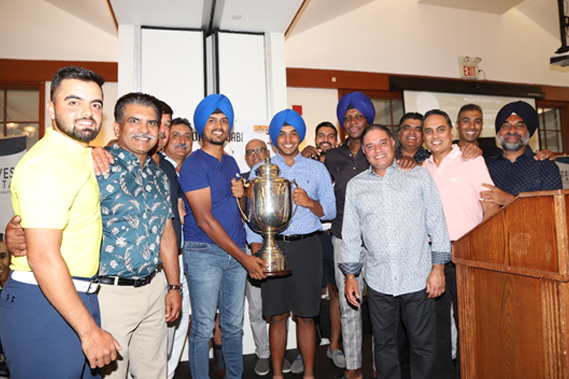 The proud winners of the Royal Punjabi Cup 2019 – Akrish Abbas and Mehtaab Boparai – holding the trophy.

At the Royal Punjabi Cup 2019, we also felicitated Mr. Kulvir Singh Gill with a memento. Mr. Gill is currently a Senior Principal with Clareo Partners, a Chicago based consultancy firm focused on the global mining industry. At Clareo and prior to that, Kulvir has lead international projects in multiple industries encompassing, mining, oil and gas, banking, retail and media. He also served as the founding Executive Director of the Development Partner Institute to advance sustainability in mining.

Kulvir’s philanthropical involvement is quite vast and varied. He serves on the Board of Directors for the William Osler Health System Foundation and completed his tenure as Board Chair. He has also held leadership roles in the Sikh Centennial Foundation, Spinning Wheel Film Festival, and Toronto Sikh Youth Retreats. In 2011, Kulvir Singh Gill was an Action Canada fellow. He was involved in the 2012 Governor General’s Canadian Leadership Conference and is a recipient of the Queen Elizabeth II Diamond Jubilee Medal.

Kulvir has been distinctly involved in the Sikh-Canadian community. He co-founded Seva Food Bank, an initiative of Sikhs Serving Canada that intends to address the challenges of food security, poverty reduction and economic renewal. 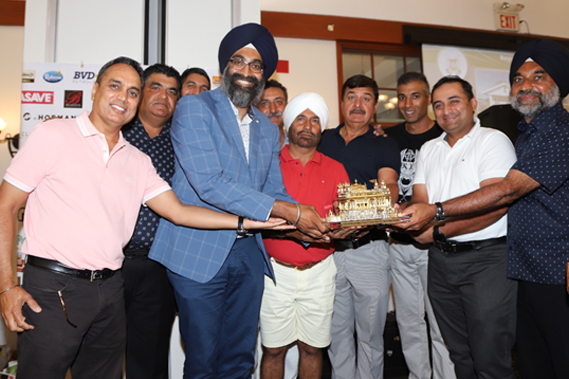 Mr. Kulvir Singh Gill being presented with a memento by the PGA team.

We wish you a fantastic winter and look forward to seeing you next year.